About Us Meet Our Team News 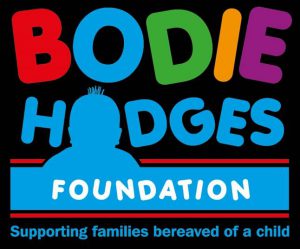 The Bodie Hodges Foundation, based in Blaby, Leicestershire, have received an unexpected boost of optimism following numerous meetings with local business man, Anthony Clark.  The result of these conversations will be game-changing for the charity, with the purchase of a building that will become ‘The Bodie Hodges Centre’ and all core costs to be covered for the next three years.

Anthony Clark, who is currently in the process of setting up a Charitable Trust to support carefully selected charities across the Midlands, says;  “It’s our pleasure to help such a brilliant cause. No family should have to go through the death of a child, and Nick and Donna should be proud of how many families they have already supported through such difficult times. I know that I speak on behalf of everyone in my team to say we feel privileged to support the Bodie Hodges Foundation and, although I know our involvement can’t take the pain away, I am thankful that we can help with the healing process in some small way’.

Having approached Nick and Donna Hodges directly (Bodie’s parents and founders of the charity), Anthony and his team spoke with them on several occasions to gain a better understanding of the charity’s vital work and their plans to assist even more families going through the grieving process following the death of a child.

Encouraged to talk openly about their plans for the future, Nick and Donna highlighted the desperate need for a building to offer early emotional therapeutic support, alternative therapies, and groups for children and young people as well as families all under one roof. The ideal building would be a safe place where bereaved families could meet and talk about their loved ones with others who would understand the grief.  Nick and Donna also highlighted that salaries are rarely funded by government grants or bid support, and their dream for the next few years was to expand Bodie’s Bereavement Service team, also adding fundraising and administrative support.

After what must have felt like several long weeks of waiting for Nick and Donna, Anthony was pleased to confirm that their requests had been carefully considered and the wish list of a new building and team salaries were to be granted.

The Bodie Hodges Foundation was set up by Nick and Donna Hodges after their own son, Bodie, died at 10 months old. The Foundation relies heavily on charitable donations to support their work.  Although they have not been able to offer all services as usual during the current pandemic, they have noticed that lockdown has created an increased level of anxiety among grieving families, and that their charity work was as vital as ever.

The generous donation from Anthony will make a significant difference to the charity’s plans for the future and propels them forward in their plans by a number of years.  Nick Hodges, says;

‘The financial support that we have been given by Anthony and the team is a complete game changer for us a charity and has moved us forward 5 years with our vision of support for families bereaved of a child in the East Midlands.

The building is a dream come true and will enable us to develop existing services and put into action our longer-term plans of support for families. We are now able to expand our team, knowing our core costs are covered and it will enable us to focus all of our future fundraising purely on funding the services we provide.

We will never be able to thank Anthony enough for the support he has offered and belief he has shown in us. We look forward to a long and fruitful relationship that will help make a big difference to the families that we support’.

Please note that Anthony and his team are not currently accepting any unsolicited requests for funding at this time.

Take a virtual tour of the Boat House…